Our German Tour Raffle And the WINNER IS? 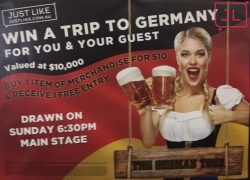 The Raffle for  the GERMAN TOUR was a random prize draw PROMOTIONAL RAFFLE. It was organised with the management of Sexpo and the draw was held on the main stage at 6.30 pm on the last night of the SEXPO  which was Sunday 17th June 2018. The amazing Frankie, fatalefrankie.com did a terrific job, she wheeled the the barrel onto the stage in front of our live audience, took the key, spun the barrel and drew out our winner, Ticket number 214, held by our winner Andrew Davidson who was a very lucky guy indeed. 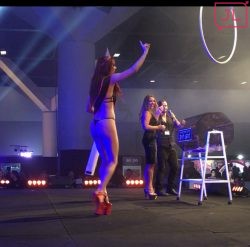 We sold lots of merchandise and many, many people entered our Promotional raffle, we had a very diverse crowd from straight, gays, couples older and young people to {18 plus of course} who had a fantastic at the SEXPO. Despite it being a Brothel trip we took the winners anywhere they wanted to go in Germany it was entirely winners choice deciding what they wanted to do and what they didnt want to do . 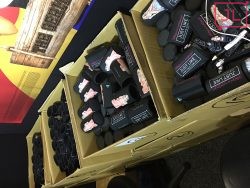 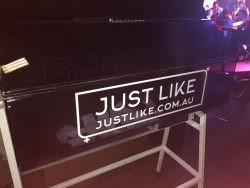 The prize was a trip for the winner and a guest to travel  economy class to Germany from Sydney, flights, accomodation, meals, transfers and pick  ups included. The prize was worth $10,00,00 and Andrew was over the moon to win it.

However a few days later Andrew informed us that his circumstances had changed and he would be taking his best mate Anthony if that was ok with us. We said ” HELL YEAH” and asked what they would like to see and do. We offered monuments, beer halls, the motor museum, driving at 200km/ph on the Autobahn or we could take them to Germanys best sex shops, best brothels, kink clubs, sex clubs absolutely anything they wanted to do it was entirely their choice. Andrew and his mate quickly informed that they didn’t want to visit any museums, or nice restaurants and surprise, surprise no shopping either. We quickly changed the itinerary  and contacted our good friends at FKK TOURS, fkktour.com who organised everthing for Andrew and his mate Anthony and us at JUST LIKE. 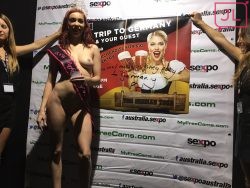 The winner, his guest and we at Just Like left Sydney on 10th August and returned 18th August. The trip was a major success and a great time was had by all.

We at  JUST LIKE would like to take this opportunity to thank TPAL, tpal.com who helped us draft the raffle ts & cs and the NSW Government for approving our promotional raffle permit. We would also like to thank the one and only FRANKIE, fatalefrankiefatale.com who did a magnificent job drawing our raffle. We have since sponsered  fatalefrankiefatale.com in the MISS NUDE PAGEANT. We will have more on that later.

Also a thank you to FKK TOURS, fkktour.com for making it a memorable trip for our winner & us at JUST LIKE.

Whats in store for our winner! – FKK CLUBS

THE TOUR & WHAT THE WINNERS ARE IN FOR A little about our friends at FKK Tours, we personally know the owner of this business and he takes great pride in guiding attendees to the best brothels (FKK Sauna Clubs) in Germany.  FKK Tours know and only visit the best clubs in the business. If you have…

Our German Tour Raffle And the WINNER IS?

OUR GERMAN TOUR RAFFLE The Raffle for  the GERMAN TOUR was a random prize draw PROMOTIONAL RAFFLE. It was organised with the management of Sexpo and the draw was held on the main stage at 6.30 pm on the last night of the SEXPO  which was Sunday 17th June 2018. The amazing Frankie, fatalefrankie.com did…

GETTING TO KNOW US When we decided to launch this website we knew we wanted impact, we wanted to make ourselves obvious to as many people as we could so we became a major sponsor of SEXPO in Sydney.  Leading up to SEXPO we visited building sites around Sydney with our promotional girls     and handed out…